[Scholarship is available for this program] 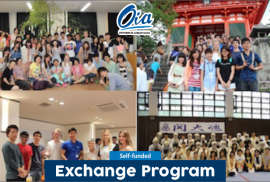 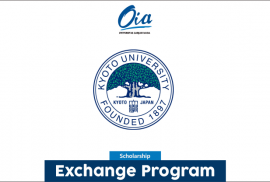 [Shcolarship is offered for these programs]

These workshops will be held in China in the second half of this year. According to general practice, every workshop will last 2 or 3 weeks and most of the training fees (except international flight) will be covered by Chinese side. For detailed questions, please feel free to contact the organizer directly.

The Global Discovery Programme (GDP) is a short course that brings together people from around the globe. This distinctive programme is offered by Universiti Brunei Darussalam (UBD) for participants to learn and immerse themselves in the diverse culture o Brunei Darussalam.

[This program is self-funded]
Hanseo University was established in the year of 1991 under the founding sprites of Creativity, Confidence and Contribution. We grow international leaders according to our founding spirits. Hanseo University started its volunteer activity in 2006 at devastated area in Indonesia by a big earthquake. We are sending 12~15 student volunteers twice a year to Indonesia from 2006, South Africa from 2007, India from 2009 and Kenya from 2017 to let students learn leadership by actual practice as we have contribution in our founding sprit. We also believe by inviting students from our sister universities in those countries where we send our volunteers will make international leaders. The attendees from foreign countries and from Korea will have meaningful activity during the period of HGLC to learn endurance, leadership, and true friendship.
With a mutual desire to promote further cooperation between Indonesia and Republic of Korea, Universitas Gadjah Mada and Hanseo University, we invite 5 students and 2 staffs for the purpose of understanding academic and cultural exchange.
You can download the flyer from Flyer HGLC

[Scholarship is offered for this program
CASEUF Summer Program, which will be in session in early August 2018. The Spring Program in March was very successful thanks to your cooperation. All students were diligent and they very much contributed to the program success.
Program brochure: CASEUF 2018 Prospectus