Scholarships for Postgraduate Studies at

to be Awarded in Conjunction with Universitas Gadjah Mada

To mark its 150th Anniversary in June 1982, Jardine Matheson established an educational trust called The Jardine Foundation to provide scholarships.

The Foundation in its discretion awards Jardine Scholarships annually to students to enable them to attend educational establishments, primarily selected colleges at the University of Oxford and the University of Cambridge (the ‘Universities’) in the United Kingdom.

The Foundation aims to assist scholars who have the potential to become outstanding citizens with a high commitment to the community. Consequently, the selection of candidates is based on a number of criteria, which include academic achievement, leadership qualities, and involvement in non-curricular activities and community affairs.

The Foundation has established a programme in conjunction with Universitas Gadjah Mada (‘UGM’) to offer a total of two scholarships a year for Oxford and Cambridge Universities for postgraduate courses. The initial commitment is for three years. UGM will seek suitable applicants from its alumni or faculty for recommendation to the Foundation. Candidates shortlisted by the Foundation will be required to apply to the Universities, and if successful in securing a place, will then be subject to a final consideration by the Selection Committee.

In making the awards, the Scholarship Committee will take into account of not only academic achievement but also:

Each Scholarship awarded will generally be sufficient to cover fees, tuition, board and lodging, and reasonable living expenses and travel expenses to and from the chosen educational establishment at the beginning and at the end of the course in respect of which the Scholarship is awarded. As such, they can be considered to be full scholarships.

The Scholarship will include:

Consideration will be given by the Trustees to applications for reasonable amounts to fund research and field work.

In cases of financial hardship, the Trustees may, in their absolute discretion, make arrangements by way of supplemental awards or such other means as they may think fit to assist Jardine Scholars in meeting their essential expenses.

No additional funding is available to support family members. The Foundation places no restriction on family members joining the Scholar in the United Kingdom, subject to them meeting the appropriate immigration requirements.

Application forms can be obtained from the Office of International Affairs, Universitas Gadjah Mada. Please refer to the official announcement in the updated posting offer every year, usually will be published May – June.

The application form must be submitted together with the following:-

The Foundation reserves the right at its discretion to approach any organization, establishment or individual to check the substance of all statements made by any applicant and to take up references. By completing the application form, applicants will be giving consent to either of the Universities or other places of education or employment referred to the application providing any personal, professional or academic information concerning the applicant to the Scholarship Committee.

All applications will first be considered by the UGM Secretariat. Those considered suitable by UGM as eligible for further consideration will be forwarded to the Foundation, which will arrange for the applicants to be interviewed by the Foundation’s pre-Selection Committee in Jakarta. Those candidates selected as finalists by the pre-Selection Committee will be invited to apply to the Universities. Thereafter, those accepted by the Universities will then be reviewed by the Scholarship Committee, which will decide upon the award of scholarships. Direct costs associated with the application to the Universities will be reimbursed by the Foundation.

The decisions of UGM and the Foundation’s committees are final and under no circumstances will representatives of UGM or the Foundation be required to explain to applicants or their representatives why any application has been accepted or declined or has not passed any part of the selection process.

Accordingly, the selection timetable will be as follows:

All insurance will be the responsibility and for the account of the students concerned, but it is recommended that students should consider accident, medical and personal effects insurance and/or any other insurance which they may themselves consider to be appropriate. 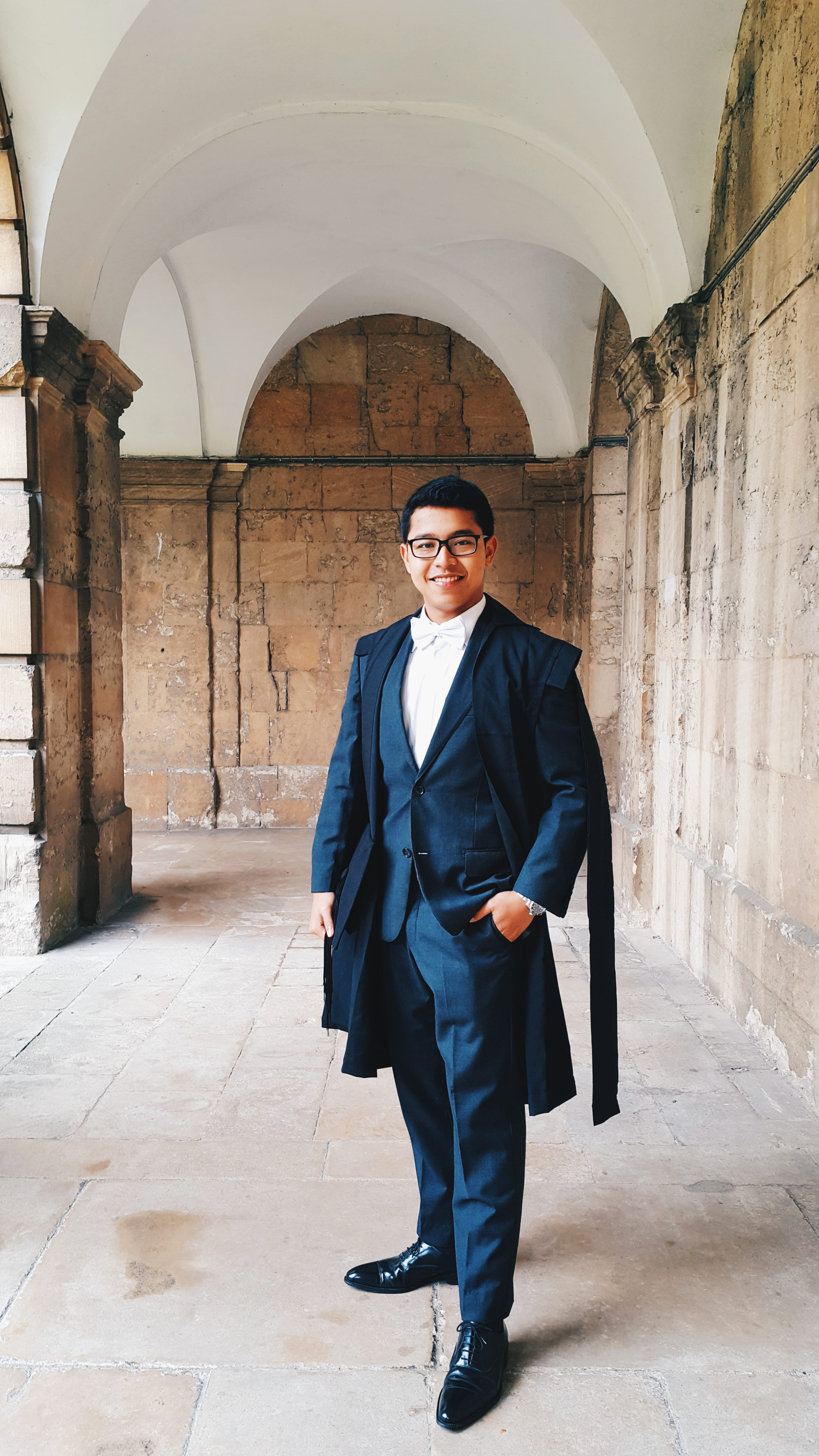 ‘I can say nothing less than it being the most challenging, intellectually stimulating and, ultimately, rewarding academic journey I have been through in my past two terms in Oxford.  I can definitively say that choosing to study at Oxford has been one of the most important decisions of my life, and I have the Jardine Foundation to thank for making it all possible.’ 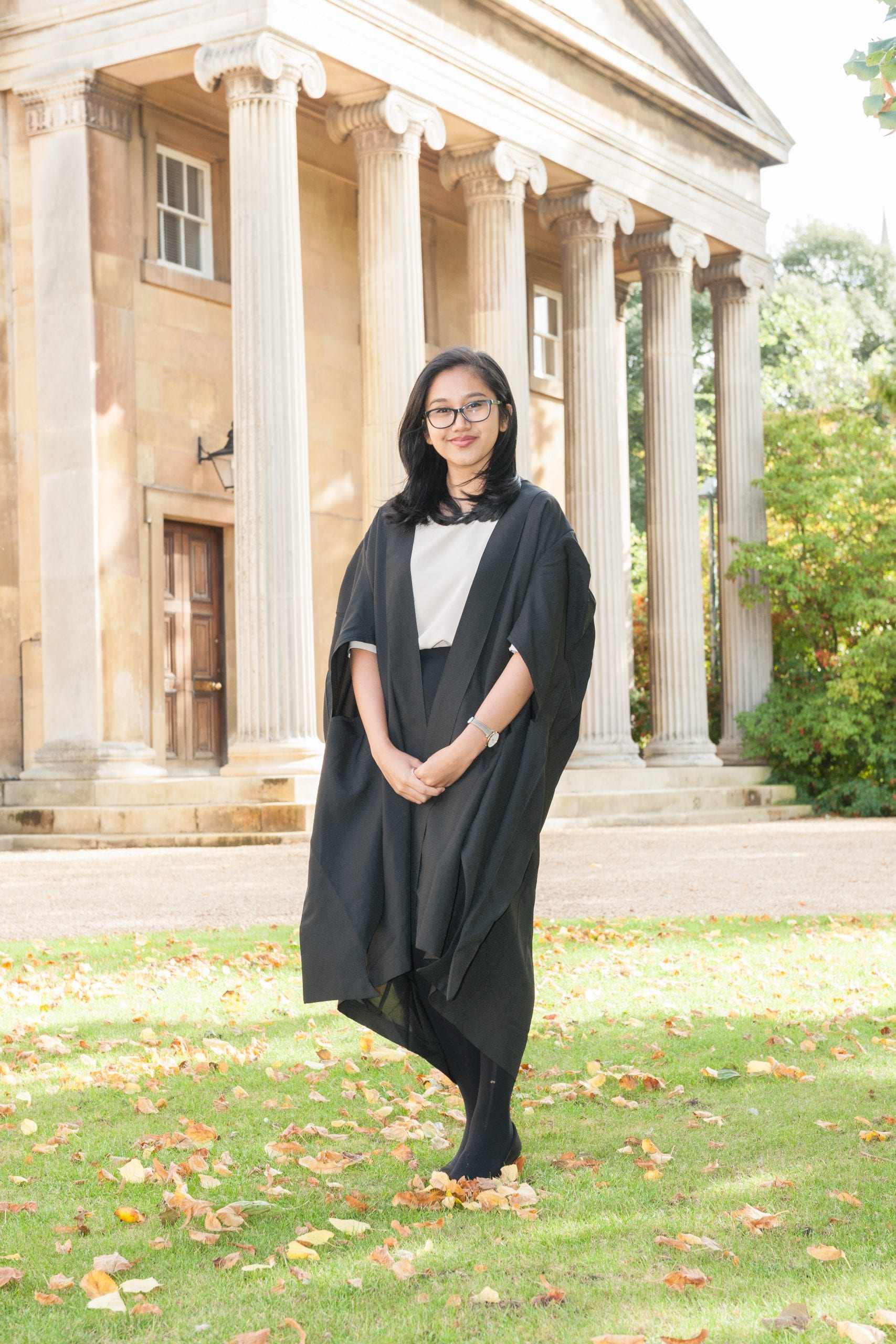 “My tip for the Jardine scholarship is to conduct thorough research on your target course/programme. From this you’ll be able to understand what you can expect to get from the programme, how it fits to your own objectives and views, as well as how you’ll use that knowledge after the course. Don’t limit yourself to reading only the course prospectus, but also scour through the Faculty/Department websites, affiliated research centres, and the publications of the lecturers (and see how it fits to your approach). The more specific your objectives are, the better your application.”